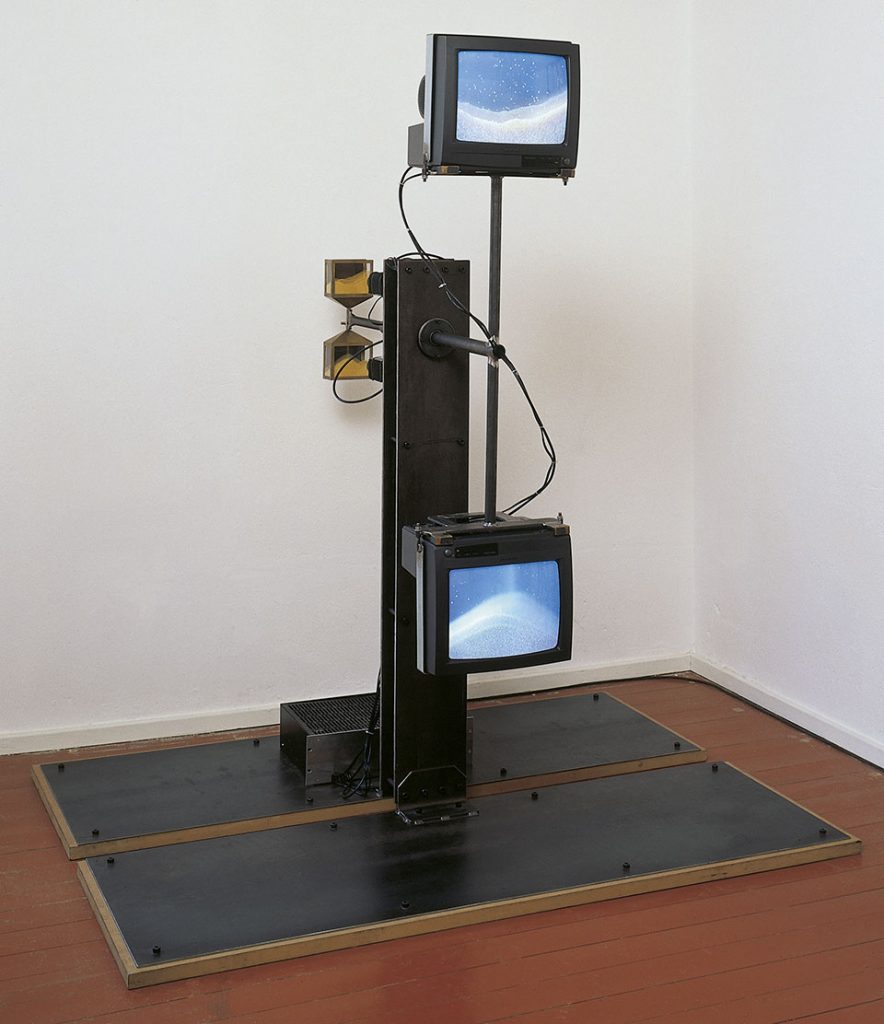 The German title »GLASEN« signifies a nautical term, which has been used since the 16th Century to describe the half-hourly striking of a bell in order to signal the watch on ships.

Two monitors are mounted along a revolving axis. Each screen shows the image of a pile of sand. It looks like sand grains are moving from the upper screen into the lower one. When the upper monitor looks »empty«, a signal sounds and the pivot turns the screens and the process of sand trickling starts again. At the back of the installation, a modified sand clock is installed. Two surveillance cameras record the actual run of sand. While being wired with the monitors in front, the filmed images come in sight on the front side of the installation simultanelously.